Salsa, cha-cha and merengue, inasfar as how they’re danced and how you move your feet are similar in many ways but there are some important differences that make a big difference in the way it looks (and looking good is part of dancing, right?) and the way it feels.

From a purely mechanical standpoint the difference is when you move your feet but just that information is sorta useless because dancing is a combination of movement overlayed over a certain period of time (otherwise known as rhythm).

As I always recommend, it’s a good idea to go to Google, Wikipedia and YouTube to see what they have to say about things (such as this) which you’re trying to learn about.

Remember though that if you’re looking for information about salsa dancing you could get some relevent results using two terms…..’salsa’ and/or ‘salsa dance’ (or ‘salsa dancing’). So………keep that in mind.

For cha-cha, be advised that when you’re searching for infor on that dance, it might be found under ‘cha cha’, ‘cha cha cha’, ‘cha-cha’, or ‘cha-cha-cha’. Personally, I usually use ‘cha-cha’. There’s a reason why some people say ‘cha-cha-cha’ but it’s not important as far as learning how to dance.

Merenge is just spelled one way…..’merengue’. It’s also the simplist of the latin dances to learn and some teachers think it’s the best one to learn first (an idea I agree with but don’t always do…for whatever reason 🙂

Now……what’s different about the rhythms?

Merengue is often called ‘the walking dance’ because it’s just like walking. Sometimes it sounds almost like marching band music. It can be moderate tempo or sometimes fairly fast. Personally, I don’t like the real fast type myself. I feel like a lab rat.

For beginners, what’s valuable about merengue though is that it’s easier to try more complicated patterns such as you’d use in salsa or cha-cha. The reason it’s easier is because since you’ve only got two steps, a left foot and a right foot, there’s no particular rhythm that you have to keep. You can take as quick or as long as you want to execute the pattern you’re trying to learn.

The last thing I’ll mention that’s good about merengue is that it is an excellent way to practice your latin him motion (more about that in a future article). And being able to show good latin hip motion is an asset.

The count on salsa is 1,2,3,(4)5,6,7,(8). The parenthesis indicates that you’re notmoving or stepping anywhere. In other words, the tempo could be the same as a merengue tune but you’re not moving on every count(you’ll see it on the videos). You’re moving 3 times, then pausing, then doing it again(in the other direction and starting on the other foot).

I could get more into the direction you might be moving as you do the step because, certainly, in the basic step, there is a prescribed way to do it. But one important thing I’ll mention that a lot of teachers never do clearly point out is that once you learn the basic step and rhythm there’s no law that saws you have to do it in the same direction that somebody else does.

Regarding where you move on the dance floor, you can go wherever you want. It all depends on how you feel and interpret the music. The better you get and the more ‘in control’ of your dance motions you get, the more creative you’ll tend to be regarding how you move around the dance floor.

Girls like that too. Just doing simple variations like that is an easy way to score points with the chics……..dancewise.

Now cha-cha (and don’t worry because you’ll see how this looks on the videos I’m putting in here too).

Cha-cha is really cool and most people who get into the salsa scene probably don’t get as much training as they would potentially enjoy about cha-cha. You’ll always hear several cha-cha tunes at latin clubs and while there’ll be some good cha-dancers, it’ll always be fewer that there are good salsa dancers and most of them will pretty much be doing basics.

When I’m teaching people cha-cha, oftentimes I’ll be sure and teach them salsa first so I can relate the cha-cha step to the salsa step. Whereas salsa is quick,quick.slow………cha-cha is ‘quick,quick,cha-cha-cha-chaaaa, quick,quick, cha-cha-chaaaa’.

The basic difference between the steps for all these three dances is the arrangement and the combination of quick vs. slow steps.

In closing I’ll mention there’s 4 stages you go though in dancing:

Stage2…………You know you don’t know nothing

Once you learn the basics, you’ll always be at stage 3 on some things and stage 4 on others. That’s where you want to be. But even more importantly, you want to be having fun. Don’t get so caught up in comparing yourself to the people on ‘Strictly Come Dancing’ that you don’t enjoy what you know.

I can tell you from experience that there’s a lot of dancers you see in clubs who have regular jobs and only dance for fun but they can dance the pants off most of those people you see on TV or in movies. Having fun is mostly mental and even a beginner can be having more fun than somebody with a lot more skill who’s all uptight about it. 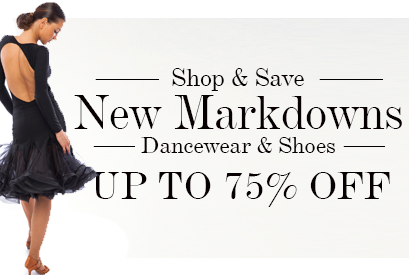